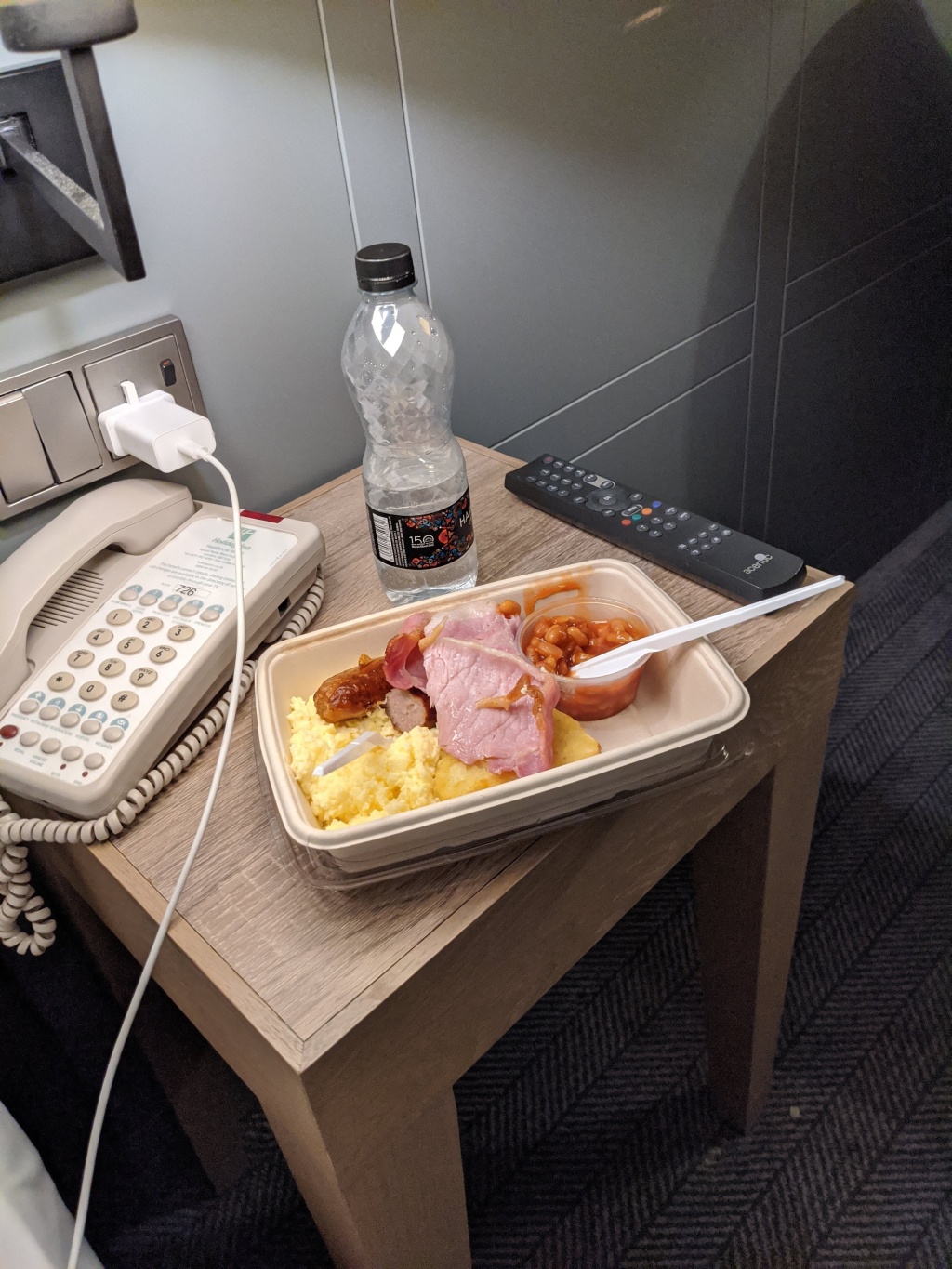 OR DAY BEFORE PCR TEST TWO, AND DAY TO FIX MY EMAIL ACCOUNT AFTER THREE MONTHSOF IT NOT WORKING.

I actually slept last night and for a few wonderful moments forgot the various millstones round my ever sagging beast of burden neck.

Today was the day I had to contact my email provider as I really had to deal with all the official shit that had been going through on those. I lurched across the room and as it was too early to call them I sent an email to stall the terrible moment I had to actually deal with a human interaction from outside my microcosm of the hotel prison world. It’s kind of a Stockholm syndrome if you will, I now only understand interactions like ‘room 726, Taylor’ and ‘Send the mechanic, my Wifi still isn’t working’ (said that one about a hundred times) and ‘ Send someone I want to go out’ and ‘I can’t eat more curry’ and I think I’m having a nervous breakdown’ and ‘Call the medic!’ ‘Where’s Paul?’ (the liaison man pretending to try still for my exemption)

I then made tea and breakfast arrived which I was very exited about because I had changed it to Continental rather than the full English. My hopes were dashed though as Mr Full English winked greasily out at me from my paper bag when I peeked in. I will get a breakdown of the costs of this abomination after my PCR tests as I am completely paranoid that one must not rock the boat in this new country of fear.

I then on my new side of the bed and very squidged into the corner managed to download 3 free yoga sessions onto my tablet for finally doing a bit of exercise on the greenish hillock outside. I will contact with the ground to receive it’s wonderful electronic energy and absorb some vitamin D. I will breathe and I will pretend. I will imagine happy days in Punta Allen with my swimming dog taking my twice daily very competitive doggie paddle with her. I will remember talking and laughing at her and it was such a love affair. She was a terrible cheat and would cut me off if I seemed to be going faster, which was very rare as she was very fast, and would herd me in a different direction if she wanted to go elsewhere and come and shake her wet doggy head in my face with sea water and spittle to make me shriek with laughter at her antics. she was my enforced daily exercise and my best friend soothing my weary soul and bringing me great happiness. I would indeed just think of her whilst outside doing my yoga in the sunshine. First however the call.

After all the calls here in the hotel and calls from Mexico to the ghastly CTM (Corporate Travel (mis) Management) being nearly impossible for they only employ Indians with thick accents on the phone (who take great joy in putting the phone down on you long distance,) as are the whole guard duty there G4S, also at the Holiday Inn reception desk, you get my drift? It had given me a phobia speaking to anyone official. However like most things in life,the call to the internet provider was much simpler than I thought.

A giving of my details and my new card details and supposedly I’ll be up and running again in about two hours. The payment had been missed at the end of July so the very aggressive council ones will be missing but at least there will be the earlier ones so I can contact them directly and hopefully get them to call their dogs off (the bailiffs) Andrew was a lovely man easy to understand as he was English and kind and efficient. He lamented my situation obviously having read about the governments now not so new torture and got me sorted. I now just have to wait to log in and very slowly delete thousands of unwanted crap while sifting through to find things of importance (this turned out to be incorrect, I lost all my emails completely). The process will probably take most of today and will be depressing and foul but at least I can finally be one step closer to cleaning up my mess at having the audacity of leaving the country to follow my dream of writing about ancient civilizations and the mysteries of how and where human life developed.

Do not be fooled dear reader into thinking that I’ll be this positive all day for I am a morning person, and only now not thinking of topping myself each day since getting back. Later no doubt I will be watching as those walls close in and gnashing my teeth when I discover the full magnitude of four months of emails. There I will see the full wrath of the government after me sending them an email saying I would not be paying council tax while away, the messages for non payment of rent and the furore about a gas inspection which has caused them to cap it whatever that means. I just know I was taken to court in my absence and more foolishness ensued. I imagine a lot of time will be needed with a cross between the Citizens Advice and the Common Law court and their representatives.

Had a shower and going to drink some ginger tea as I feel very nauseated by that damn breakfast. I think they must use powdered eggs as the consistency is weird and they are a very pale yellow.

I then wanted out. ‘Captive 726, requesting to go outside, can you send a guard please?’ I said on the phone.

So, just got back from outside and actually did a bit of yoga. The sun is shining and I placed down my wrap and vaguely followed a class I downloaded, it was slightly outside the cones so I was reprimanded by a guard but luckily had nearly finished so I did finish then when on top of the balding hillock laid down eating my fruit salad and drinking water then put on a meditation vid and lay in the sunshine calming my weary brain and successfully making myself empowered and calmed. This has been a productive day!

A lot can change when you take back some control. Now I am calmer. I took a shower again when I got to my room and finally am trying to moisturise my leathery cracked brown skin with the thin body lotion that is provided by the hotel.

My evening as usual was restless and miserable and knowing my second test is due tomorrow made me panic. What if they had red flagged me and gave me a false positive? It had happened in Tulum when I was completely well and healthy so why not here? I had a big activist target on my back and now fully understand the lies that flow freely in this vile new world order. I paced the room a caged animal. Nighttime is always bad and my Sleepeeze hasn’t turned up and my Diazepam barely hits the sides now.

Freaking, my mind going round and round in circles I went to my bed. All the good of the day vanished and I lay sleepless and eyes wide shut.

OVER AND OUT FROM AN OLD BAG SLEEPLESS IN HEATHROW.