OR, HANGING OUT IN SELCUK (EPHESUS)

I’m in the middle of my trip and haven’t had a chance to report in! Been super busy since I got here and knackered for the most part so here’s where I’m at present.

Well my old birds, I’m stuck out here after we cocked up a bit! I have moved from Tire to Selcuk for the rest of my stay at a lovely pension which is a stone’s throw from the magnificent Ephesus. I now have a little breathing space to relax after over-partying on Friday! I was a little too exuberant celebrating on Friday night and rather suffered yesterday. I was a bad old bird.

Today however I went out and did my favourite stuff, museums and archaeology. This is truly a magical place.

I visited the actual Ephesus ruins two years ago so today had a chance to see some of the artefacts removed and placed in their fine museum in town. As I am still weary I have returned to my Rebetika Pension and am on the top terrace in blazing sunshine writing this with my beer and in a much more relaxed state of mind.

END_OF_DOCUMENT_TOKEN_TO_BE_REPLACED 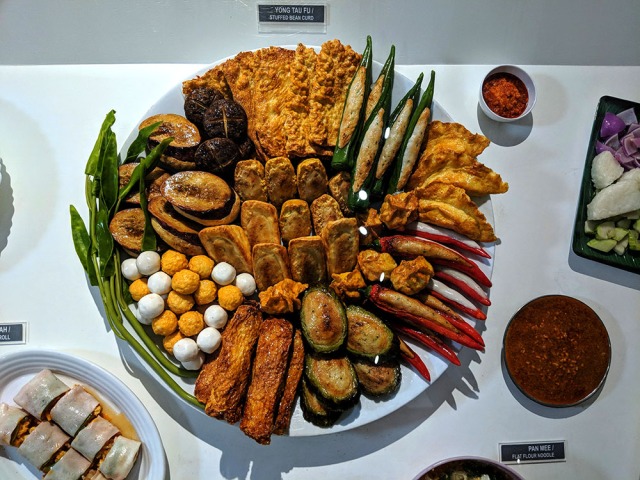 OR THE LAST GHASTLY DAYS OF SICKNESS AND THE DECLINE OF THE BIG TRIP Alert : This post is very late coming as it’s been crazy here with people going a bit mad and me […]

OR, TIMING IS EVERYTHING, MINE WAS PANTS.

Top Tip: However well organised you are things can go awry. There was no way to know that they had stopped boats over the Straight of Malacca to go to Indonesia without having to retrace my steps to KL then fly to Jakarta. There was no way of knowing that a massive and contentious protest was on the very weekend that I was over in Jakarta so many things were closed. Shit happens and you just have to deal with it when you’re on the road solo travelling. This however did weaken me again after my healing time in Kuala Lumpur. This was a real bummer as stress always is a thing to avoid when you’re trying to rebuild your immune system as I explained in a previous blog “How My Troubles Began” When travelling, however much of an itinerary you have, you must take time out and rest up. I tried to squeeze in a lot making up for lost time which never works does it now hmmmm?

After my huge success in fabulous Kuala Lumpur, I got a bit cavalier and decided to go to Malacca which people said was lovely. I really should have learned by then that most tourists are idiots and headed straight onto my snorkelling target on the remote island of Bunaken. Stupid, stupid old bird.

END_OF_DOCUMENT_TOKEN_TO_BE_REPLACED

OR, LEAVING BORNEO AND ARRIVING IN KL FOR A BIT OF TLC.

Journal Excerpts and Perfect Timing a continuation from last post!

It wasn’t even in my plan to go there.

END_OF_DOCUMENT_TOKEN_TO_BE_REPLACED 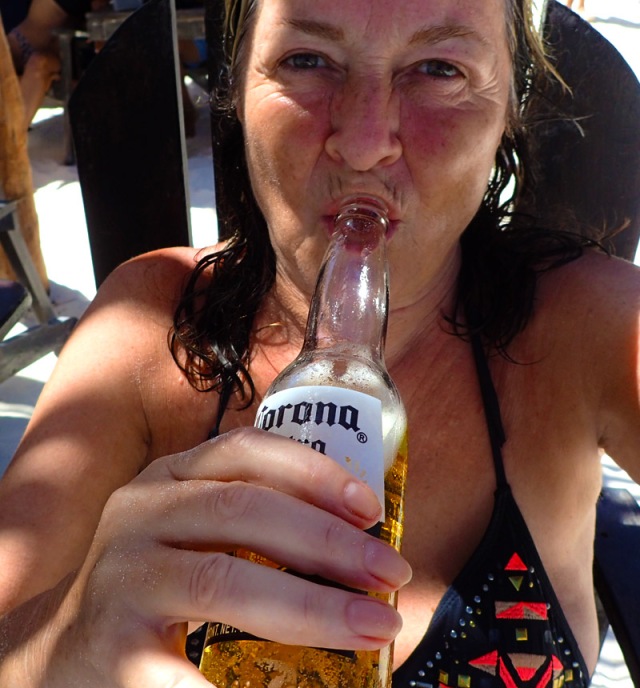 Now girls we all like a tipple so I pray to Acan rather a lot while travelling now. Although I don’t care for mead which is the most similar drink. We all are boisterous when we’ve has a few and act the clown just like our newly discovered god.

OR, CALAKMUL, BALAMKU AND KOHUNLICH. FINALLY, I CATCH A BREAK ON MY ROAD TRIP OF ARCHAEOLOGY.

A week-long road trip was hell and heaven. Mostly hell, but the bits that were heaven were sublime. It all would be heaven if they hadn’t imposed such restrictions where they weren’t needed. Seems there is no middle ground here but I love it just the same.

Alert: I’m working under duress with internet on and off more times than a tarts knickers! (excuse me if this old saying is offensive!) I will go on to publish and correct it all later! IN THE HOWLING WIND AND RAIN DROPS THAT THREATEN MY GEAR EVEN BELOW THE THATCHED ROOF I WILL SAY TATA FOR THE MOMENT! That’s all folks!

END_OF_DOCUMENT_TOKEN_TO_BE_REPLACED

OR, A LARGE WELL-CURATED EXHIBITION AFTER LAST PERUVIAN DISAPPOINTMENT. Hello my beauties how are all of you faring in this sunny hopeful patch? Have you dusted off your feathers and are you ready for a […]

Alert: This is last years offering which I’m adding to. I’ve rejoined the British Museum so I’m back in the members’ room to write and edit photos. So happy to be back in my second home which is more condusive to work-like endeavours. They also have an eclectic library so I’ve just managed to cross reference information on the Zapotec, Mixtec and Mayan with some art photos which are lovely because old and I don’t recognise them so probably they are hidden away in some basement these days. Enjoy

OR, A MOUNTAINTOP ZAPOTEC CITY LINKED CLOSELY TO Teotihuacán and mitla

It’s huge, it’s Zapotec and it’s completely different to what I expected. I hadn’t researched at all so it was a huge learning curve from my usual Mayan sites.

A LITTLE HISTORY OF THE ZAPOTEC AND MIXTEC.

In parallel with the rise of Teotihuacan, Zapotec civilisation encompassed much of the southern highlands. In the course of the first millennium BC, early chiefdoms of the Oaxaca Valley coalesced into a militaristic Zapotec state centred on the commanding hill-top capital Monte Albán. Zapotec scribes invented one of the four independent Mesoamerican writing systems (the others being Maya, Mixtec and Aztec) and refined their own variant of the 260-day ritual calendar which was in widespread use throughout Mesoamerica.

From about AD 1200, Mixtec peoples began to assume control of key Zapotec sites through conquest and political alliances. Knowledge of metallurgy, which had been introduced a few centuries earlier from South and Central America, was employed in the production of copper and gold objects to reflect rank and status. During the fifteenth century AD, the Mixtec resisted the Aztec imperial advance, but the consummate stoneworking and metalworking skills of many Mixtec artisans were redeployed to serve the Aztec kings.

The Zapotecs were a sedentary culture living in villages and towns, in houses constructed with stone and mortar. They recorded the principal events in their history by means of hieroglyphics, and in warfare they made use of cotton armour. The well-known ruins of Mitla have been attributed to them.

(I will write another post about the fabulous jade and gold discoveries, that are housed in Oaxaca Palace Museum. This is closed at the moment but I’ll be able to dig up some photos from before. I really need to write a bit more about the amazing Zapotecs)

I had got up ready to go to the archaeological museum but it has been closed. No signs on the door except the opening hours, and through the peephole a man informed me that they didn’t know when they’d open again to which I replied rather hotly I must confess well put a sign on the door then and change the bloody Google details. He said that’s a good idea I’ll put a sign on the door as if he’d just thought of it. Yes, some people have travelled thousands of miles to see these artefacts I whined. His beady eyes perused me as if I was mad. And sort it out on Google and your site this is the second time I’ve come here. He was making me cross and I felt as if he might just let me in if I kept banging on about it.

Top Tip: With the distraction of what was open or not, and jumping on buses every five minutes as places decided to close some, or all of their historical sites and museums, or basically anything of any interest whatsoever, I learned some bitter lessons. When in times of crisis don’t trust any info gleaned by Google et al. You need to speak to proper locals or call tour guides of the area that you are planning to go to. Nobody bothered to change their details online while I was there so I was disappointed many times. So due diligence is essential, don’t just assume they will tell you any changes especially in casual places like Mexico. Make the calls before you get on that bus, or drag over to the other side of town for that special gallery because they will close when they feel like it!

END_OF_DOCUMENT_TOKEN_TO_BE_REPLACED 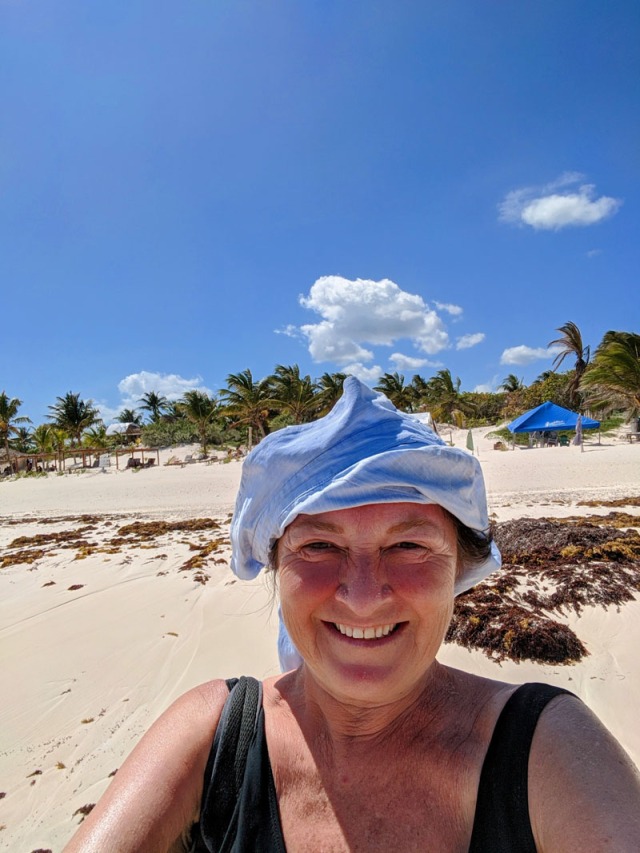 Alert: Here I am still looking back at a year ago this week, so don’t you think I snuck off again! I am simply trying to get my mojo back after being back here and not travelling since my hideous experience with Heathrow’s ‘quarantine’ hotel hell on my tortuous return from Mexico last September.

OR BLOODY XEL-HA IS STILL NOT OPEN AND APPARENTLY HASN’T BEEN FOR NEARLY A YEAR.

Archaeological Zone of Muyil or Chunyaxché.

END_OF_DOCUMENT_TOKEN_TO_BE_REPLACED 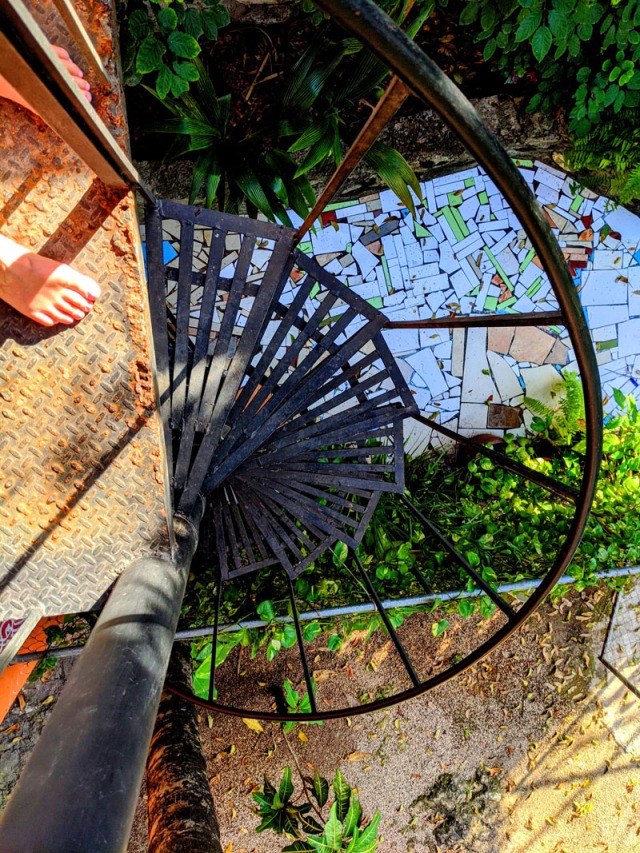 OR HOW THIS PLACE HAS SAVED ME FROM A BREAKDOWN.

Alert: This is from my post from just one year ago. It’s a reminder that us old birds should be getting out into the world again and Mexico is still a great option.

If you start a little planning now, late March and early April. Just check on the bloody restrictions (which are dropping like flies thank god) and get out there. Don’t be shy you’ll love it whether it be near to home or further afield. Just go before it all gets too pricey as Easter is coming and you need to get out before it gets busy and irritating.

Good Friday falls on April 15th this year so get your skates on, school hols are from April 4th through until 18th so you need to get out now! It’s sneaked up so be quick!

I now have rented an apartment and am cooking at home mostly. To have my little pad is very reassuring and makes me feel more permanent in Tulum. I will use it as a base because I still intend to bus it to many sites further afield. Palenque, Xel-Ha, Zone Muyil, Kabah, Uxmal and Chicanna to name a few. It might seem foolhardy to rent a flat but having a base means that journeys are easier with less luggage and you can return to a home when you’re done with your visit. It’s a security blanket and you can save money cooking at home.