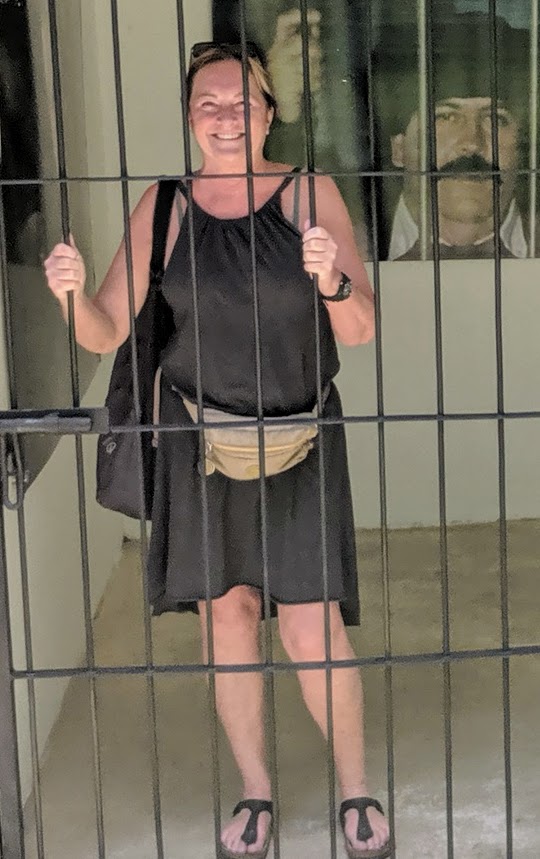 THE PHOTO IS FROM A TRIP TO COLOMBIA IN HAPPIER DAYS.

OR MY FIRST HAIRWASH, NO MORE SAND IN MY HAIR. AND SOME TERRIBLE NEWS.

I woke this morning as usual trying to go back to sleep again. I have never done this is my life before for I am the proverbial early bird, glass half full and knowledge thirsty, activity thirsty kind of gal. Here in posh prison I want to try to blank out everything. When my mother said to me when I as a child ‘for Christ’s sake Rebecca don’t ever go to prison you’d go mad. You have freedom written across your forehead’ she would never have realised how my imprisonment came about; from the wicked wicked act of travelling. From the thirst for knowledge about the ancient peoples of the Americas. From the writing of a book about investigating these places as an older female solo traveller.

Yes indeed. I was very wicked for looking around our world to investigate the origins of mankind.

Anyway, I dragged my achy body out of bed when I heard the knock on my door signalling my bag of breakfast outside my door. This knock if you can’t sleep through it signals the beginning of another day in your perpetual nightmare.

Since being here I have spent around 60 % of the time crying and having panic attacks.All the smart arses who say you must just ‘do your time’ and watch Netflix are stupid. The Wifi only sporadically works so your zoning out with that only adds to your frustration and misery. My thoughts of exercise have also been shelved as with deep depression, one cannot motivate.

Writing this now, as I weep copiously, is my first attempt to ‘be constructive’ but I already feel drained and miserable. This is a shame because I managed to eat a sausage this morning and for the first time had a shower and washed my hair. I hadn’t wanted to wash it as I had comforting grains of sand left in in from my last desperate visit to Playa Delphine’s in Mexico the day before I left, so a week ago I suppose.

I also called the desk about cleaning the room. You have to do it in case of cross contamination. I could cite a million ways I have seen that happening here but wtf just give me the damn fresh linen.

I stripped my bed in anticipation as I had actually washed my pyjama style uniform and was determined to be at the very least clean for the first time since arriving at Heathrow. I changed my sheets when they were brought to my door laughing bitterly when he said he would bring the vacuum cleaner when it was free.

I cleaned my room then took my first shower and hair wash, body cream slavered all over my dried up mummified like brown skin and put on my fresh clothes. I felt that psychologically this would be a great improvement. Well it was a bit after I dumped my greasy breakfast bag outside with just one sausage consumed and nausea rising.

I started writing this then the eternal problems with the connection started up again. I decided it was time to call reception and wait obediently for my guard to knock for me and escort me the two metres to the lift where I gave my room number at the desk, for they have a security desk on each floor outside the lifts, and went downstairs for a fag. This was after bumping in (at a safe distance) to the mechanic who couldn’t believe I was still having such problems with my connection.

Downstairs outside the lift I gave my number to the security desk there (you see the pattern, this is repeated every time you leave your room) I then asked for my liaison man Paul, who has now disappeared for the second day and was told another man would call me later about my exemption. I went outside for a ciggy and turned WiFi off on my phone for a ding to immediately notify me of a message, it was not good news. My cousin Adam who has been my rock had had a call and was told his sister had been in a seven hour brain op after having had her second jab.

I went back to my room shaking. Called reception who connected me to the proper people who went though the MAC numbers on all my devices to also be stumped. Nothing worked, I questioned if it was my VPN security and he said no, and was very puzzled . He gave me a ticket number, so after all the scrolling through into the labyrinths of the techy side never normally ventured by me, I’m none the better off. Half an hour of my day occupied so not to have to think about my cousins. Then door knock. Lunch delivered in its white paper bag. Call reception. Time for a glass of wine.

I’ve just got a call and there’s no news from my cousin. Back in the room and it’s grey grey weather outside, I just wish it would rain. No news from exemption man or WiFi man. Just looking at me empty wine glass and trying to leave ordering another for a while. My cousins girlfriend has been grieving too, her brother took his life in Paris a few weeks ago and his ashes have only just come back today. This crime against humanity never stops. Going back to my bed now.

WiFi not working again. They are talking about changing my room now ffs. This ineptitude beggars belief. I know am crammed into the corner of the room to watch the end of a movie where, for the moment, it’s picking up. No connection in bed it would seem.

No,no,no it’s off again and all my downloaded stuff I have watched countless times. When you’re down and very mentally fragile this is the last straw. I’m ready to cry again my breathing is ragged and the night looms ahead of me as it is only just six o’clock.

So spoke to a cool American, on my ‘recorded for training purposes’ phone call to service provider, it seems to be the curse of the room, he asked me if it worked in the corridor.I checked. Once outside bedroom door my iPad perked up considerably but then got shouted at by the guard to go back in my room. So I voiced all my complaints for them to have a good listen about the place being like a prison so no doubt now my red flag will be red flagged. They really need to tone all this shit down and recognise people will be suing their arses in the future. I have been a model convict, er I mean guest, but really, where’s the humanity man?

OVER AND OUT FROM ROCK BOTTOM 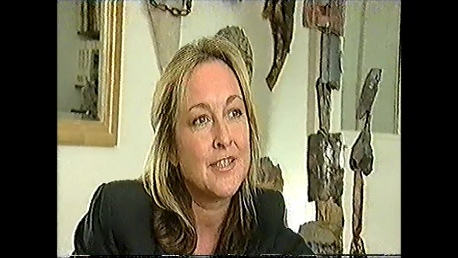