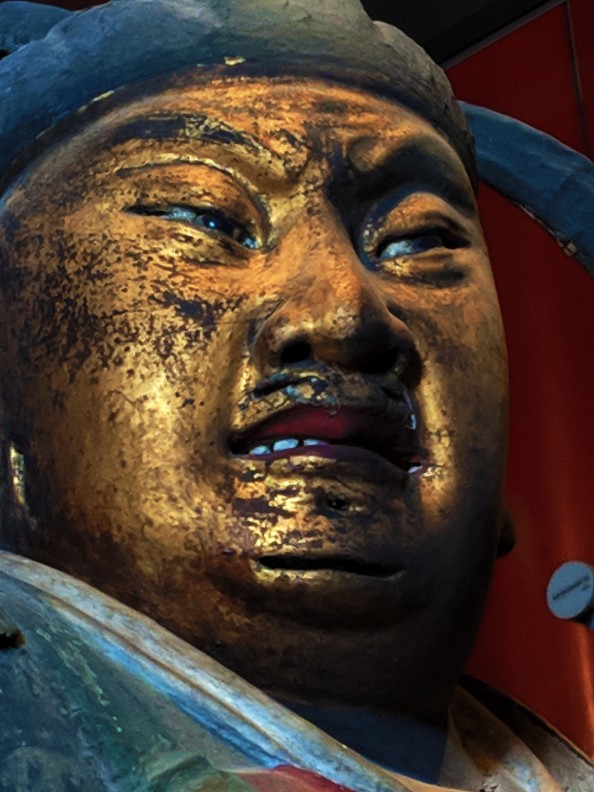 ALERT: A LITTLE TASTE OF CHINA AMID THE CORONA VIRUS SCARE. I JUST SOUND PLAIN UNGRATEFUL NOW BUT AT THE TIME IT WAS OK TO HAVE A LITTLE RANT AGAINST CHINA AND THEIR DRACONIAN POLITICS AND VARIOUS STATE GAGGING ORDERS. THIS WAS AT THE END OF MY TRANS SIBERIAN EXPRESS JOURNALING FEBRUARY LAST YEAR AND I WAS STILL A LITTLE ANGRY ABOUT ENTERING CHINA BY TRAIN. TOPICALLY THOUGH IT’S ON POINT. SO I GIVE THIS AS A LITTLE INTERMISSION BEFORE TAKING YOU BACK TO MEXICO.

Among the top 5 buildings in the world, (The others are the Versailles Palace in France, the Buckingham Palace in Britain, the White House in America, and the Kremlin Palace in Russia) the Forbidden City is a place most people want to visit on the now yawny bucket list. It’s big and must have previously been awe inspiring but now is really just a whole load of big courtyards. You need to squint your eyes really hard to see the Imperial Emperors and Empresses being fawned over by a huge retinue of eunuchs and concubines. Their fabulous attire and ridiculous wealth. Normally I can use my imagination but here I was stumped. I felt blank and impassive and could only visualise the finish line. However it was a beautiful cloudless day so at least I got some good pics.

OR THE ONLY SIGN IN ENGLISH WAS “WAY OUT” AND THAT WAS PLACED IRONICALLY BY THE ACTUAL EXIT.

As awful as my train arrival (initiation by fire) had been and my crying into my t-shirt covered filthy pillow the previous night, nothing could have prepared me for the onslaught of rabid Chinese tourists and misery of the Forbidden City. (They were not rabid, that just sounds plain mean now in the light of the Coronavirus)

I left my miserable hotel for early doors thank god. It was already swarming and I was starting to see the bloody desperation of going it alone in this massive complex. The problem is all the courtyards look pretty much the same. There are NO SIGNS IN ENGLISH. Considering the dependency of other tourism across the world to this very famous site it’s unbelievably controlling to only be able to tackle it with a government-controlled guide. The great excitement I initially felt was squashed as soon as I left the small modern museum area which had some foreign language explanations and signs, and was quiet and very well curated. Outside of that section I was crushed and cowed by the huge mass of large Chinese tour groups that had been brought in for the bloody never-ending new year.

You need to know these state organised tour bus groups are wound up into a frenzy and are terribly shouty screamy beastly tourists. They are horrible and ruin the experience for the more respectful other groups and nationalities.

They shrieked, pushed and spat their way round and resistance was futile. It was vile and MASSIVE with each courtyard a hideous deja vu of the previous. Although I thought I could suss it out if I just went to edge bit. I couldn’t. Nearly weeping with fear and frustration three hours in I had seen the major bits (emptied of all the good artefacts to museums ) and was seriously lost. Although it seems ridiculous now I panicked to such a degree I was sobbing as I trotted around in terrifying circles. With no Google allowed on my Google phone I didn’t have my usual luxury of tackling large sites with it as my beneficent big brother. Only my ghastly maleficent Chinese big brother trapped and mocked me within those all identical walls refusing to tell me where the hell I was.

It is said that there are totally 9,999 and a half rooms in the Forbidden City because only the God of Heaven could be entitled to 10,000.Emperor Chengzu, who built the it, declared himself the son of the God of Heaven, thus defining the smaller size of his palace. I don’t know how they get to this number? And how can you have half a room?

When recently counting all the bits and bobs there was only 9,371 rooms so that’s all a load of tosh anyway.

The most prominent color scheme is represented by the red walls and yellow roof tiles. Yellow symbolizes earth elements at the centre. The emperor assumed that the imperial palace was bang in the middle and his reign radiated out from it hence the yellow. Pillars, windows, doors and walls are mostly red which symbolizes auspicious events, happiness and celebrations, popular with the Chinese in daily usage.

Now known as the Palace Museum it has been tarted up with bright paint which has robbed it of any of its nostalgic glory days. The remaining showrooms had more the feel of Soho’s Chinatown tourist gift shops than of the residence of great emperors. I think that because of my scary initiation the previous day to the strict beast that is today’s Communist China, I went into a wild-eyed, tic ridden, muttering curses, a mad old bird with no appetite for this bloody fucking imitation (because I was sure of that now, they were hiding the good bits from me) I was so far gone from the previous hellish day and my shitty hotel that it all seemed hateful and scary.

Now I know I’ve been bitching (but it’s all true) and I have been unsympathetic, but it’s hard to feel the love when you are actually there. Looking back at these photos there are beautiful things to be seen and of course it’s not to be attempted on the first day, it’s far too much of a culture shock and needs careful preparation for travelling around.

Precious works of art in gold and with gem stones.

“But I see few people!” I hear you cry. Yes that’s because I’m clever. I always arrive early doors and run to the hotspots before people get to them. Well that worked to a point here and I’m showing the successful photos for your delectation.

As I battled to get out from this place through throngs of Chinese tourists and vendors of sweets and brightly coloured bits of plastic I marvelled to myself “I’m out. I’ve escaped. Thank you god” and started on the long walk back to the hotel glad to have escaped and pondering the rest of my trip in China. If Beijing was anything to go by I would be moving post haste to Vietnam. Bugger this for a bunch of bananas. As yet another passer by hawked and spat on the pavement near me I resolved that I wouldn’t be eating that night and possibly would never be eating Chinese food again.

To be honest even in Chinatown in London they dont give a diddly squat about hygiene and food. I’ve seen many a meat delivery in open crates left on the pavement with bits sticking out making contact with filthy pavements and possibly the next person passing by gobbing into the hellish Pandora’s box.