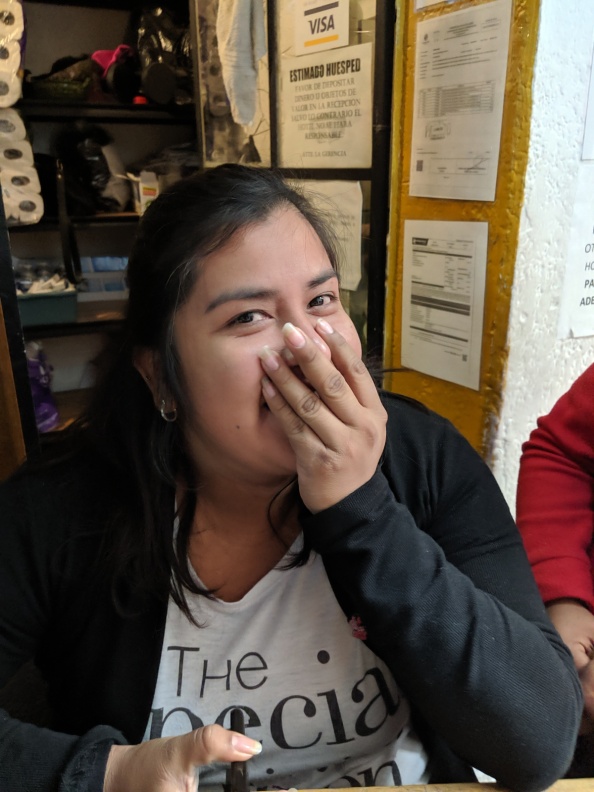 OR guardian vultures at Comalcalco and going on a tricky journey to Oaxaca and being rewarded with an insane hotel.

Arriving in the rain at this mysterious and very green place, I was confused by the strange white sections covering each exposed pyramid. This is stucco and all original as this site has bricks rather than limestone blocks so looks very different. As I staggered around in the rain flooded fields, dragonflies and butterflies flew up from the swampy grassland. The water cooled my foot and my Uber lady was running around having a lovely time. I knew I was heading out the next day so it was quite emotional to be at this strange site with just a couple of people wandering round.

The heavens opened when I left the Olmec Park and I huddled under the awning of an abandoned souvenir stand. What now? My foot was holding up, just, and I needed to call an Uber anyway wherever I was going so I called and one turned up straight away. I rushed to the nice dry cab and was immediately going along with a plan for racing up the motorway to the nearest pyramids. Comalcalco it would seem is not on many peoples wish list but how wrong they are. My increasingly raucous Uber lady (how do I manage to get them so wild?) would have taken me up to the coast too had the weather permitted but for me this mysterious complex was quite enough for one day.

Here appeared the vultures, fanning their wings either demonstrating ownership, or the spirits of the ancestors. How I loved the atmosphere here, graffiti everywhere in the oyster shell cement of these brick temples and buildings. The ancient builders having left their marks all over lasting for around two thousand years.

The preferred medium for sculpture was clay here, like the clay bricks used for the pyramids. The figures were for every day life not just funerary so you can see they were quite unique. A famous post for pottery exports and a thriving unique place that seems to be the odd man out with its designs. In Oaxaca I would find many sculptures attributed to this area.

Last night of luxury before getting real again in Oaxaca.

So it was a last night in the Marriot in my room away from the oh so noisy nightclub. Although I loved this great hotel the previous two nights had been disturbed by an insane nightclub which had some kind of foul Mexican karaoke. The first night it hadn’t mattered as I was exhausted and high as a kite on painkillers, but the next night had been awful. Imagine if you will some Mexican bandit godfather who no one dares to boo from the stage, doin’ his thin’ until six in the morning. There would be a lull from time to time to wet his whistle with a tequila or six and then a louder and progressively more out of tune nutter would continue. The previous week there had been a shooting at a nearby bar with five fatalities so I would guess people didn’t want to challenge this locos singing skills.

Anyhoo. I packed my little case after chucking out a couple of very dodgy looking t-shirts and bathed, powdered and primped to mentally prepare for my trip to Oaxaca in the morning. I knew it would be a bitch as I had a tight connection at Mexico City that I was dreading. My sleep was light and restless with anxiety.

The crazy journey to Oaxaca.

In the morning I went to pay the bill and tried to lurk but as usual I went to the airport far too early. There I met with a more conventional crowd than when I travelled last. The flight of course was delayed and of course farce ensued on arrival. Running limpily through a labyrinth of corridors (we had been put right at the end of the airport) I finally made it to the main hub where it said clearly on the noticeboard Gate 72a. Now I don’t know about you but when I see a big number with a letter on the end of it I get very suspicious, but it said it there in black and white. Running through to where I had come from and then down a spiral ramp I shouted wildly and sweatily “Oaxaca, Oaxaca?” to more or less anyone who would listen. A business man also alarmed and stranded on some other rampy bit, shouted the flight number to me and I shouted “yes, yes!” We managed to meet midway in the spaghetti junction that had been devilishly erected there and agreed that they had said that gate number and it was wrong, then some staff at a desk randomly found the obviously secret gate it was flying from. Now the two of us running back up the damned ramp and far far across the main airport shouting instructions to one another as we, wild eyed, finally found the gate.

There sitting casually were the waiting people who hadn’t even been called yet, they stared stonily at us as if we were fools and beyond contempt. Shakily we sat down and even had time for a drink before anything happened. It had started to piss down and a storm had brewed up nicely with lightening forking down dramatically. My pal called his wife and said they could take me to my hotel when we got there. The coincidence of our meeting was doubled by the fact that we were also seated next to each other…..

Tiny jet and rough flight in the dark with me pulling my screaming death mask face until we safely landed. However once there I had the lovely man and his wife and two kids to get me to my dodgy hotel now it was dark. Also I quite urgently needed a wee. It might be their town but it would seem they couldn’t find the bloody place. We careered around Central Oaxaca, him giving a running commentary of all the places and the restaurants I should see, up and down those one way streets he, like a demented tour guide, enthused and gushed. At every corner I winced with bladder stretching to its limit, with every cry from me of “do you really know where it is?” he would over- brightly contest “Yes. Yes we’re nearly there”. The wee sweats started and now all the streets looked mean and dreadful as I thought of throwing myself out the door to relieve myself in the gutter.

Finally we were there, no protracted goodbyes to my kind new friend, and no pleasantries to the alarmed girl at the desk, I charged the reception grabbed my key and flew up the stairs despite my now super swollen foot. I made it to my very strange room just in time and nearly cried with the relief….. and now pain from my foot.

Coming down as sedately as a princess I said my hello’s to the reception and checked in. This entrance made for my being their pet mad woman for the duration which I of course took for admiration.

Diamond place. It looked so dodgy from outside but was a brilliant quirky hotel and my base for the foreseeable in lovely old Oaxaca.

OVER AND OUT FROM A VERY RUFFLED OLD BIRD REBECCA X