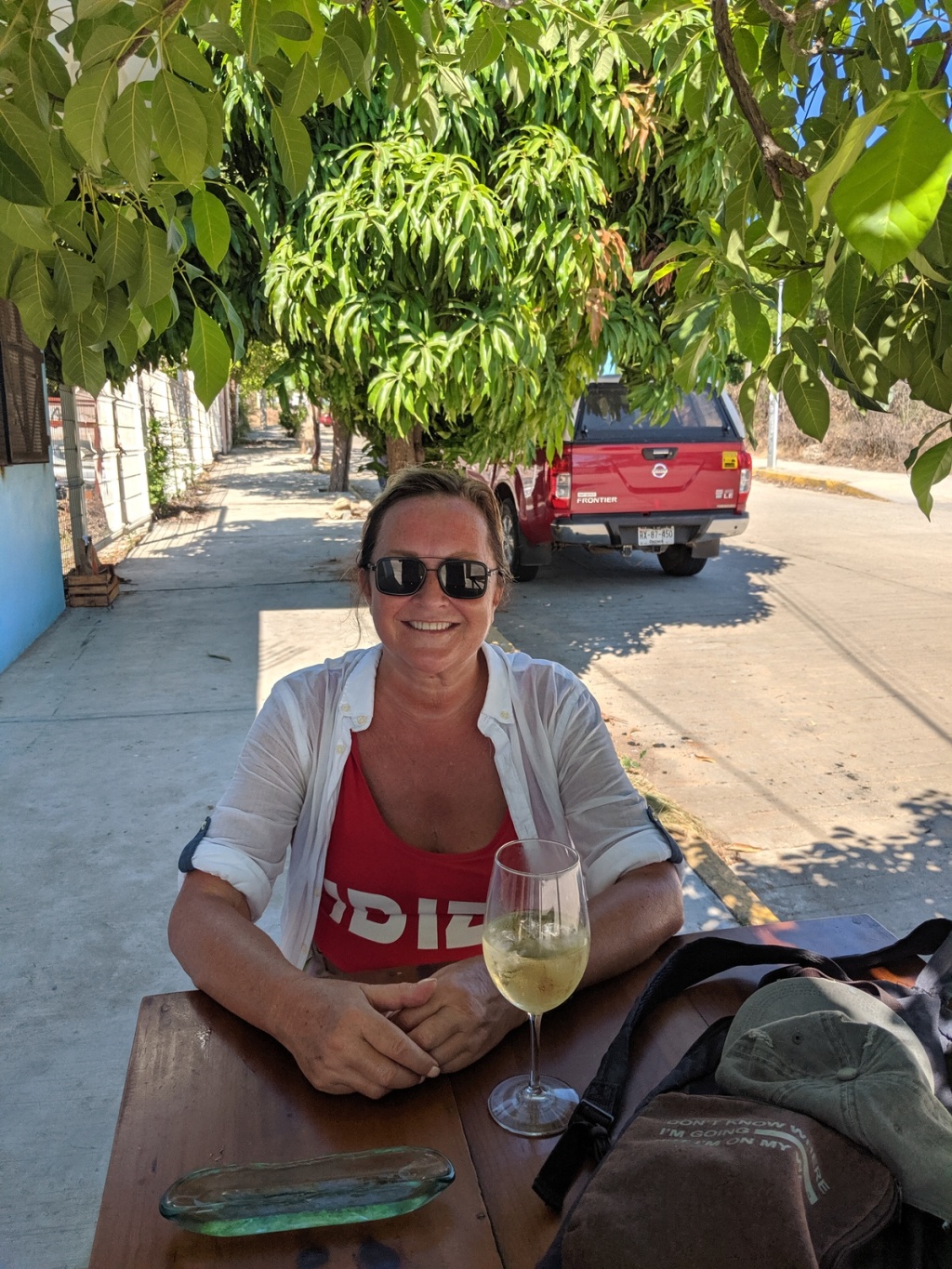 OR HOW I STAGGERED ON FOR ANOTHER INSANE MONTH ON A BROKEN FOOT AND MASHED ANKLE.

ALERT: there is a lot of shouty sweary bits in this post so not for people who disapprove of foul language and indeed a potty mouth to end all potty mouths.

When you promise the girl an extensive look at Mexico as the end of her Colombia, Peru, Guatemala and Belize mega trip she will not be denied. Fuck the foot she’s going to brave it out.

In the cold light of her last day in Merida, she looked at the carnage of her foot and ankle and nearly wept with the irony that, she had climbed mountains, scrambled down into dangerous tombs, clambered up the steep stepped pyramids (and down again, the down always being more scary and difficult) and generally navigated difficult terrain in all parts, just to be destroyed by a four-inch step leading to the bathroom. Scared but not defeated she only scrubbed one thing from her list of the day then ordered an Uber. She would hit another museum and she would swim in a cenote.

My Uber lady was a doll. I had her stop at a pharmacy (yeah the bandages didn’t work just made it oh so much more painful. Then we agreed I only had a chance with this day if I kept her for the duration. After the bandage failure, she gave me some of her marijuana cream she had for her arthritis and we continued on the previous days walk (surprisingly far!) up Paseo de Montejo to Mayan World Museum of Merida.

The agonizing limp to the entrance let alone walking around the place was an alarming constant reminder that I would be finding the next few days at least, well shall I say, challenging. Flip flop off, as even that was painful, (and let’s be honest the cold marble floors offered some relief) I limped around this magnificent place. The guards were very concerned, I would add further injury to the condemned foot, about some vicious raised nail heads on their fancy floors metal-plated sections,. They obviously had had problems with the damned things with visitors wearing shoes let alone the barefooted Old Bird variety. All that fancy-schmancy design on this new flag-ship building and nobody had thought to grind down the bloody things!

Anyhoo. My visit was great but not as exciting as the prospect of an ice-cold cenote planned for my next stop. I laboured around the place cursing’ softly at the guards constant nagging about the fucking nails or screws or whatever, and more loudly as another step induced more agony. The odd scream and “fucking shitbags” could also be heard.

When I escaped I was glad to sit down again for the drive further up to Dzibilchaltun for the closest pyramid with its own cenote which combined two must-do things near Merida. Of course, I would have preferred to go to a more exotic one for a swim but damned foot would obviously not allow. As it was, the painful walk for this frankly overrated swim in a waterlily pond, was quite far and taxing enough and I was glad I had lowered my expectations for this outing.

The walk from the carpark to the entrance was hideous enough but there was a considerable schlep over to said cenote. I was whimpering by that stage and also getting sunstroke on what was turning out to be a blistering day. My uncovered head and inability to run as I usually do, led to a sort of resigned preparation for my collapse and subsequent death on the sacred grounds of this Mayan beauty. Talking feverishly to myself I staggered on finally getting to the shade of the place surrounding sacred spring. A perilous climb down amongst loose boulders saw me arrive at the edge. A small group of people were at the other side negociating entering at what seemed to be the best place. The man had done in and was out drying off encouraging the girls to jump in. One indeed did but wanted out very quickly being anxious about what was actually below in those pea soup waters.

I quickly limped over when I saw he literally had to drag her out on her belly there being no foot hold to get out. I knew that if I didn’t have that man as a puller outer I would either not be able to swim or more likely jump in and not be able to get out. Ophelia images were a lot more romantic than the image of a hysterical and feverish old bird being stranded there.

The bloke was an angel. I said to him I didn’t mind jumping in but would he could he please drag me out after. He offered to take pics when I was in which I gratefully accepted and even gave him the pin number on my phone so he could, so delirious was I. Obviously in retrospect this was insanely dangerous of me. The group could have been a gang and I could have been screwed, so desperate was I to get evidence I had swam in a cenote even with a broken foot! Stupid cow. Here comes a top tip.

TOP TIP: Never do anything described in the last two paragraphs. I was stupid and headstrong and throughout the day had left myself open to a lot of danger. Never EVER trust strangers in this way they could be con men and thieves. The professional ones will seem friendly and lovely and you should be aware that this is part of their job. You’re a tourist dear Old Bird and don’t think for a moment that they will give a shit when they leave you walking off with all your possessions and your bloody PIN for fucks sake. They already knew I was alone and nobody had arrived there yet so were free to rob me and leave me floundering in that sheer sided water hole.

Significance of maize to Mayans: It was their belief that man had be made of corn. White corn for the bones, yellow for muscles, black for the eyes and hair and red for the blood. The purple in the pic above? Hmm not so sure. So apart for the obvious benefits, it was placed in mythology too.

It’s surprising what a bit of Adrenaline can do after fearing for your property while stranded in a green pond. I was full of hope and even managed the museum there. The long walk back to my lovely Uber lady although daunting seemed a lot better than earlier and now I was leaving shed loads of tourists were turning up so not a bad day all in all!

Back in town I bought us drinks and snacks and she then dropped me off after many hugs and promises to keep in touch (that’ll never happen on either side) I now had to think about the flight the following day and negotiating airports with my injury on the Day of the Dead. Never mind rest time, a limp up one more time for a tequila mojito and plan the tricky trip to Villahermosa the following day

ALERT: If I’d have stopped because of a broken foot I would have missed all these things, to name but a few. Best not to be a cry baby when travelling solo.

SO THE MORAL OF THIS STORY IS DON’T GIVE UP OR YOU’LL MISS LOADS, DON’T BE A BIG FAT CRY BABY AND SOLDIER ON.

OVER AND OUT FROM A BATTERED BUT DEFIANT REBECCA X